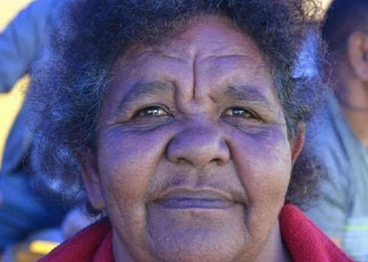 The front door banged as three young children rushed into the house, drawn by the smell of freshly baked bread from inside.

Their grandmother Vivian Robinson was busy frying up bread for the family to eat with their dinner that night, a labour of love and skill becoming increasingly difficult with diminishing food availability hitting her community hard.

“Now you kids just wait a bit,” she called out to the giggling children. “Go wash your hands while I get this tucker ready!”

66-year-old Vivian and her family live in the Aboriginal community of Malabugilmah Village in northern NSW.

The nearest shops are in Grafton 80 kilometres away, making sourcing basic food items challenging at the best of times, and even more so during the COVID-19 crisis.

The residents are only able travel to Grafton once or twice a week on a small community bus, and only if there are seats. They never know what food they’ll be able to find in Grafton when they get there.

So when one of Vivian’s sons, Damien Robinson heard about the NSW Aboriginal Land Council’s food relief box, he registered his mother immediately.

“My mum’s an amazing woman,” he said. “She looks after her brother, helps with the grandkids, cooks and does everything for her family. But this food situation is making her work even harder and she needs help.”

Vivian agrees, saying even cooking a simple meal has become a major challenge.

“We’re out in the bush and it’s hard to get to town anyway. But now when we get to Grafton, there’s nothing there! Even buying toilet paper, milk and flour is a big problem,” she said.

It’s Vivian’s strong spirit that’s seen her through other tough times. She cares for her brother, who’s currently in hospital. She didn’t leave Damien’s side when he broke his neck playing rugby league in 2001. And now one of her grand-daughters Tyirra McGrady has just undergone major surgery in Sydney for a brain tumour the little girl’s been battling for four years.

“Ah our little baby. She’s only eight years old, so strong and always smiling,” said Vivian. “We think we’ve got problems, but she’s been through so much more. I just think of little Tyirra and how she’s battled, and I can keep on battling too.”

Food insecurity hasn’t dimmed Vivian’s love of baking, but it’s made every gram of flour even more precious.

“My family loves it when I cook up a feed. Damper. Scones. Gridiron bread. Pie. I’ve been baking all my life, more than 50 years I reckon. My mum taught me the best blackfulla ways to cook breads and curries and bush tucker, so I’m good with stretching things out to make them last. Now any flour I have is like gold,” she said.

“Ah, it’s better than gold!” Damien laughed. “There are five grandkids there at the moment and if we don’t watch out, they’ll just smash that bread down. They’ll have three or four hits and there’s nothing left!”

Damien says the basic items and flour in the NSWALC food relief box will make a big difference in his mother’s home.

“Mum always makes sure the family’s fed somehow. She’s one of those people who’d give you her last dollar if you needed it. She’s been through so much over the last few years, this box will give her a breather for a bit, that’s for sure.”

Round 2 of NSWALC’s Food Relief Campaign is underway. Head to www.alc.org.au for more information. Or call the Food Relief Hotline on 1800 476 777 between 10am-4pm.