Recent Posts
Home with the Mob on ANZAC Day, 2021 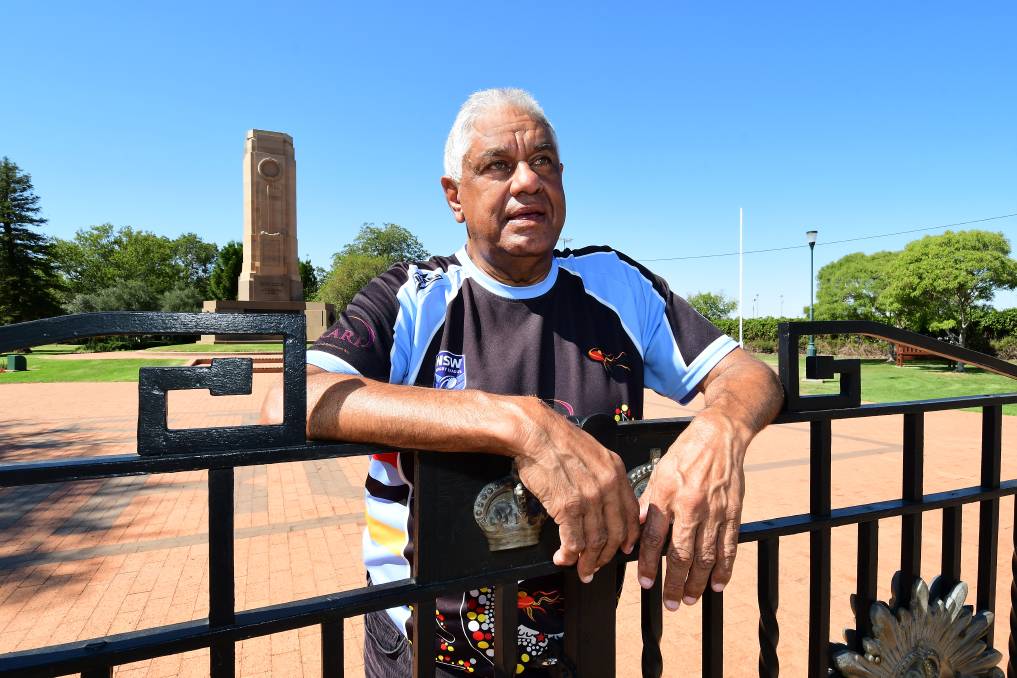 It’s a very long way from visiting the battlefields of northern France to the town of Cherbourg in Queensland, but it’s another journey being taken by a man devoted to honouring the lives of Aboriginal diggers.

Joe Flick is a proud Gomeroi/Yullaroi man from Collarenebri in NSW and a long-time staff member of the NSW Aboriginal Land Council, and his latest journey to Cherbourg for ANZAC Day 2021 is a highly personal visit.

“All my years of work to ensure that Aboriginal soldiers are remembered in Australia and overseas, have now brought me the most incredible gift, of reuniting me with my other mob in Queensland,” he said.

Joe’s connection to Cherbourg is as intricate and special as the threads that link so many Aboriginal families across the continent, and it all started with his grandfather Michael Flick (Mick).

Private Michael Flick was one of more than 1,000 Aboriginal and Torres Strait Islander soldiers who fought in World War One. He was a member of the 29th Australian Infantry Battalion, and survived the horrors of the Western Front, most notably at Villers Bretonneux in northern France. He was wounded and was subject to mustard gas poisoning.

Mick returned from the front in 1919 to a country that ignored his war service, a stinging slap in the face also endured by hundreds of other Aboriginal diggers and their families. He was not only refused a Soldier Settlement block and membership at the local RSL club, but his children were also denied enrolment at the public school and were at risk of being taken away by the authorities.

So, Mick spent his years bringing up his family with his wife Celia, working on the land at Collarenebri, chasing work wherever he could find it, and staying one step ahead of the Aborigines Protection Board. Joe says that one of Mick’s main life goals after the war was to stop the government taking his children away.

But in a strange twist, it was the Aborigines Protection Board’s actions in the early 20th century that would ultimately lead Joe Flick to Cherbourg a century later.

Mick Flick’s wife Celia (nee Clevens) was a Bigambul woman whose sisters had been taken from their families, and others to the-then Aboriginal reserve Barambah (Cherbourg).

“We knew that welfare had taken nan’s sisters,” Joe said. “So imagine our joy when we confirmed that my grandmother’s sisters Marjorie and Phyllis had been taken to Barambah, and that we had a whole other branch of our family to connect with.”

One of those branches is a man called Eric Law Snr AM. Uncle Eric is Marjorie’s son, a Waka Waka Elder whose life journey includes service in Vietnam and as Cherbourg Mayor, teaching and current service as a Murri Court Magistrate. His own father Vincent was a World War One ANZAC.

Uncle Eric, like Joe, is a passionate advocate for the unsung Aboriginal heroes of World War One and ensures that the Cherbourg community honours them every April 25, with a Dawn Service and school and community activities.

This year, Joe Flick will join Uncle Eric, his family and the Cherbourg community for the ANZAC commemorations.

It’s indeed a long way from Villers Bretonneux, which Joe first visited in 2013 while accompanying an under-15’s Indigenous rugby league team to France.

“We were on a bus trip, and I didn’t realise what battlefield site we would be going to,” he said. “Then when I saw a sign saying ‘Villers Bretonneux 6km’, it was like a lightning bolt. We were headed to the very area that my grandfather had spoken to my dad about.”

Once there, the group visited a tiny museum which featured an Aboriginal flag at one end of the room, and acknowledgment of the Aboriginal men who men served in World War One.

Joe’s voice shook as he remembered the moment he viewed a photo of a group of soldiers, an un-named Aboriginal soldier among them.

“I knew that my Old People were pushing me to do something. I knew I had to do more. And so, I spoke to the Museum Director and asked him “Can I come back and make this right?’”

He’s visited Villers Bretonneux five times, laid wreaths and played clapsticks in honour of the Aboriginal soldiers buried there: William Allan Irwin DCM from Burra Bee Dee Mission at Coonabarabran; Thomas Dodd from Gingi, Walgett; Sylvester Sullivan from Trangie; and Joseph Knight from Bourke, who is buried at Stratford Sub-Castle in the UK. He’s visited many war cemeteries in England and France and has helped families piece together the unsolved resting places of their relatives.

His dedication has also seen him awarded a prestigious Churchill Fellowship to further document and photograph the burial sites of Aboriginal soldiers who died during World War I in the United Kingdom, France and Belgium.

“It’s been the most incredible journey of discovery for me, and for so many of us at home and overseas.  I’ve talked to schools at Stratford Sub-Castle and in Villers-Bretonneux. It’s also been an honour to be able to assist the Museum with their displays on Aboriginal servicemen.”

There’s no doubt Joe Flick will be laying wreaths again on ANZAC Day this year. But instead of shivering on a chilly April morning in northern France with the memories of his grandfather swirling around him, he’ll be standing proud in balmy Cherbourg with Uncle Eric Law and his family, honouring the lives and the memories of the Aboriginal ANZACs known as the Boys from Barambah.

The image above is courtesy of The Daily Liberal.