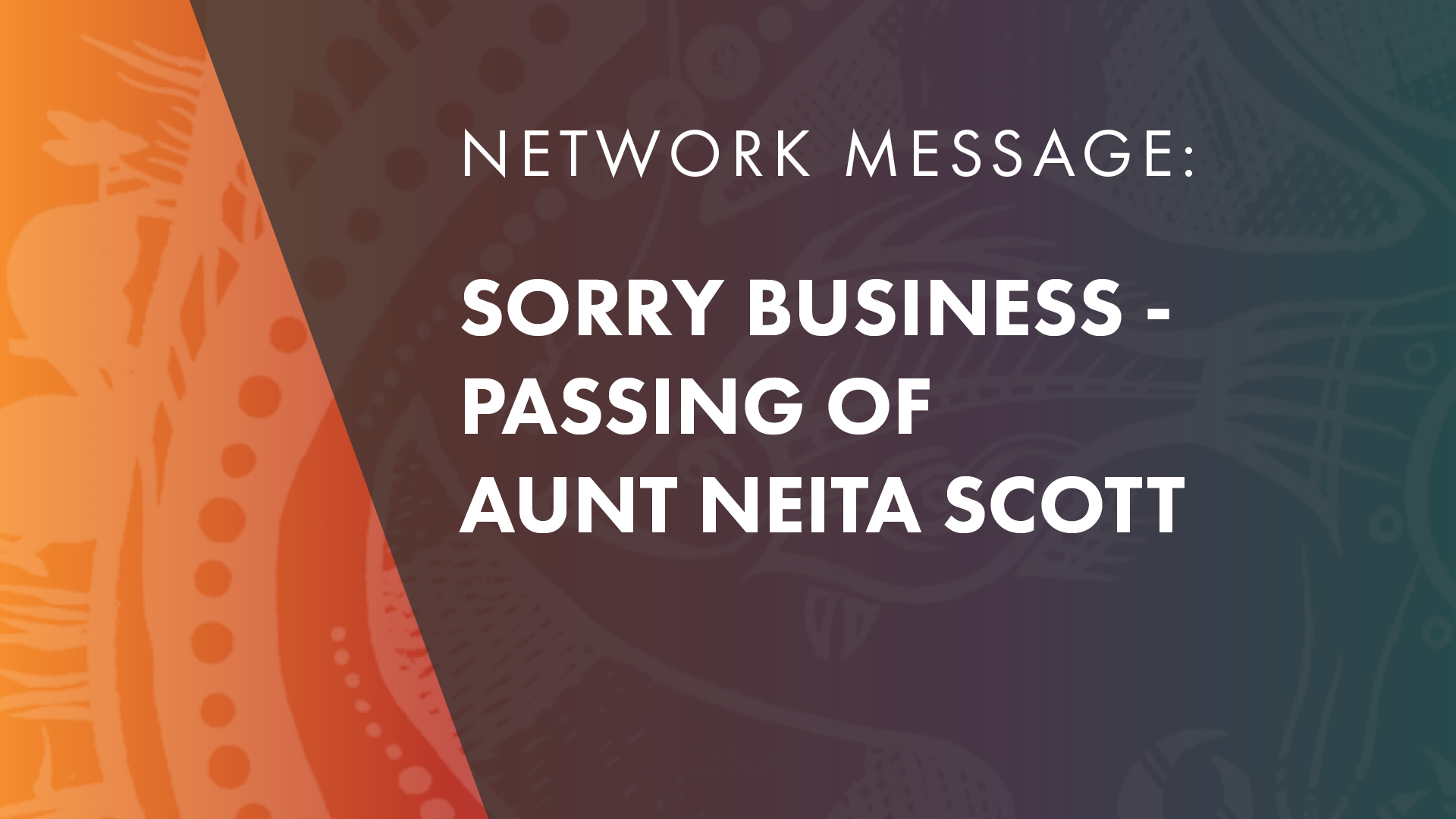 Aunt Neita devoted her life to uplifting her people through her long commitment to Land Rights, her extensive work in Aboriginal housing and in her home community of Narromine.

Neita Scott became the NSWALC Councillor for the Central Region in 1988 to 1995 and served as Secretary of the Council from 1989 to 1995. Aunt Neita was Treasurer of the Narromine Local Aboriginal Land Council for more than two decades and Chairperson of Narromine LALC for many years. Neita advocated for Land Rights on the world stage, representing NSWALC at the United Nations in Geneva on several occasions and was awarded NSWALC’s inaugural “40 Years Strong” Chairperson’s Award in 2017.

Neita Scott was born at Narromine, left school in Year 7 and pledged to ensure her children were able to complete high school. She was a longtime fundraiser for the Parents and Citizens Association at her children’s school, and managed both the primary and high school canteens. In the early 2000’s she gave countless hours as a project director for Narromine CDEP, driving participants between Dubbo and Narromine regularly. She was also the Narromine representative for Reclaim the Night.

NSWALC Chairperson Councillor Danny Chapman says Neita Scott will be long remembered by her family, community and many friends.

“Neita Scott leaves a strong legacy as a Land Rights warrior and a highly respected woman committed to good relationships and partnerships at personal, local and state levels. She was a quiet achiever, and tireless in her work to support Aboriginal community controlled organisations and their ability to empower our people.

“On behalf of the Land Rights network, I send my very deepest condolences to Neita’s family at this very sad time.”

Aunt Neita Scott’s life and dedication to her people and community is best said by Aunt Neita herself.

“I want for my people, what they’re entitled to today. And that’s education, employment, housing, medical services. And while ever I draw breath, I’ll be there to support them in every facet that they want”.

A funeral service will be held on Tuesday, 20 September 2022, 11am at St Augustine Church, 10 Dandaloo Street, Narromine NSW 2821 followed by a graveside service at the Narromine Cemetery and a wake / get together at the Narromine Golf Club.