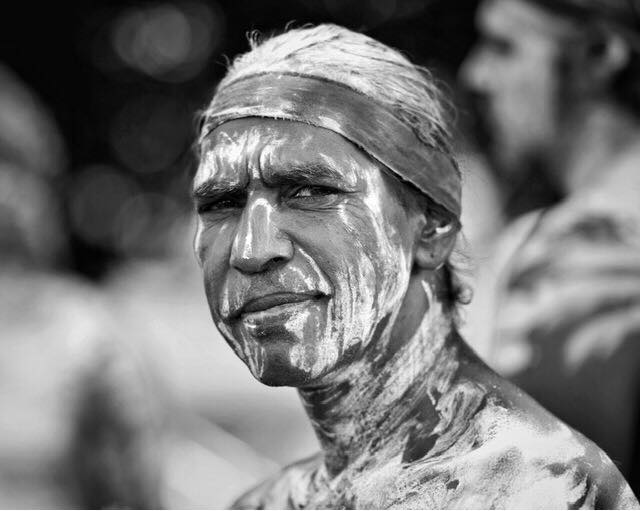 It was the night before the Corroboree, or Bunaan in the Djirringanj and Dhurga languages of the Yuin Nation on the NSW south coast.

Scores of people had travelled to the feet of Minga Gulaga (Mother Gulaga Mountain) to dance stories to heal country, as bushfires raged along the NSW coast in late 2019.

The Bunaan was organised by Djiringanj Elder Warren Foster Senior from Wallaga Lake and was one of many nationwide corroborees held at the same time.

The Yuin Nation flows from the Shoalhaven River at Nowra and down the coast into Mallacoota Lake at the Victorian border, and Gulaga Mountain is the sacred birthplace of her people.

There are many stories about Minga Gulaga, some secret and some public, and dance is a vital way of telling them.

Warren Foster has spent most of his life on country at Wallaga Lake and is committed to telling the stories of his people, through song, dance, music, film, and the more mainstream understanding of what storytelling is.

“I’m a founding member of our dance troupe Gulaga Dancers, which we formed back in the 1990’s, after I danced with the Doonooch Dance Company and was taught by some of the great Elders there,” he said.

“Dance is our traditional way of telling our stories. We dance, we sing, we play our instruments, we look to the stars and we sit together with our young people. When you see us dance, it’s far more than just a dance, it’s our cultural story.”

“Our original illustrations are etched in stone, and they were the first storybooks of this continent. They’re ancient and precious and there shouldn’t be any question that they must be protected.”

Warren has told his own children many Yuin stories over the years, and says they were very curious about the animals in their traditional stories and songs.

“My kids would ask me about killer whales or dolphins, and I talk to them about Whale Dreaming and our connections, why we’re the Black Duck people and why all these animals are so important to us,” he said.

Warren is also an accomplished musician and singer, who released his first hip-hop CD “Dreamtime” as WZA in 2008, to engage First Nations youth through contemporary song.

“A lot of the young ones are into hip-hop, but it’s a new culture from another country. We’re the world’s oldest living culture, so I blended the two to help our youth connect to their own country,” he said.

“We come from an ancient land

Just to live in peace and harmony

With the birds, the rocks, the trees, and things

You see, we painted in the caves and told the stories

About our religion and history

You know we gotta keep Dreamtime” *

Warren Foster continues to keep Dreamtime at home and beyond, and as a member of the Merrimans Local Aboriginal Land Council.

He says strong community organisations and individuals make all the difference with keeping culture.

“When some of the young fellas here look like they’re headed for trouble, I’ll talk with them about their responsibility to themselves and their families. They’ve gotta learn how to take control of their own bus. And once they learn stories and culture, then they start respecting everyone else.”