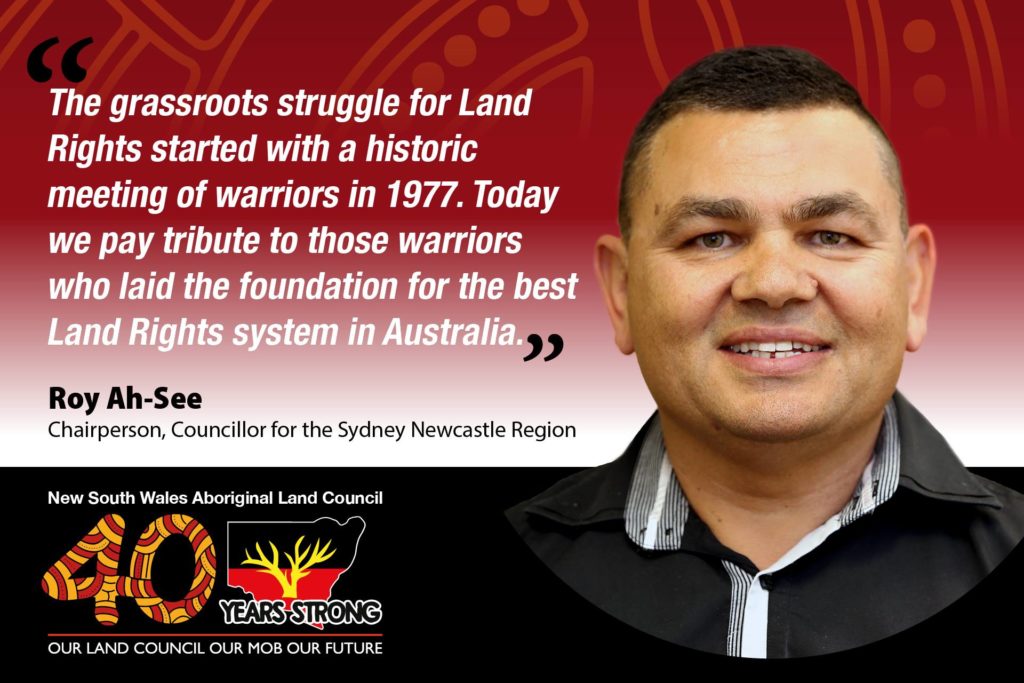 Four Decades Since the Black Theatre in Redfern

In October 1977, more than 200 Land Rights legends met at the Black Theatre in Redfern to demand the power to control our land, make our own decisions and elect our own leaders.

The NSW Aboriginal Land Council was formed, and six years later, in 1983, the NSW Parliament passed Land Rights legislation that everyone in NSW can be proud of.

40 Years Strong: Our Land Council Our Mob Our Future will be held at the International Convention Centre, Darling Harbour.

The Gala Ball will pay tribute to the Land Rights legends from that original historic meeting.

It will also feature entertainment from Coloured Stone, Emma Donovan and Isaiah Firebrace, as well as deadly food, family, friends and fun!