Agreements and Negotiations The Eden LALC has been involved in several high-level agreement and negotiation processes over the year. Solution Brokerage and the Eden Accord The solution brokerage led to the development and signing of the Eden Accord, an agreement between the Eden LALC and the NSW Government to progress outstanding issues surrounding the Eden Regional Forestry Agreement. This negotiation process and the subsequent agreement acknowledged long outstanding issues and established alternate options to reach mutually satisfactory outcomes. The Accord has set the foundation for several tangible outcomes. Eden Aboriginal Land Agreement The Aboriginal Land Agreement process is a new way for the Crown to deal with Aboriginal Land Claims, through this process the Eden LALC has been able to secure commitment for the transfer of some 40 land claims under the one agreement. As well as this Eden LALC has been able to negotiate the transfer of some 14 Travelling Stock Reserves as freehold title. This is a first in NSW. Projects and Contracts The Eden LALC has continued to make every effort to provide employment opportunities to its members and community. It has done this by offering casual employment through external contracts with NSW National Parks and Wildlife Services, NSW Forestry Corporation, and Far South Coast Landcare Association, to name a few. Bundian Way The major project has been the Bundian Way. Throughout this reporting period the Bundian Way has continued to maintain its momentum, shifting from on ground works to significant planning and marketing activities. The Bundian Way now has its own logo and branding identity, a new website and much work has been completed around the interpretive signage. A key developments have been the completion of a comprehensive business case outlining the total infrastructure requirements and costs of Node 1, Jigamy Farm to Bilgalera (Fisheries Beach). This business case formed the Eden LALC’s submission under the Regional Growth Environmental Tourism Fund (RGETF) which is in excess of $6 million dollars. Cultural Education and Tourism It has been conducting cultural education and tourism experiences at request over the last 12 months. Recently partnering with The University of Sydney RARE (Remote and Rural Enterprise) Program with around twenty post grad students producing four Social Enterprise Reports, after spending a week with us in Eden, which the LALC has ownership of to develop tourism packages and provided a cultural experience to the ANUs Vice Chancellor and Executive. The Eden LALC also provided its annual NAIDOC cultural celebrations to schools from around the Bega Valley Shire. In relation to tourism the LALC has recently confirmed a booking with one of the international cruise ships. This is a beginning point where the Eden LALC hopes it can build from and offer similar experiences to all the other cruise ships that berth in Eden every year. . 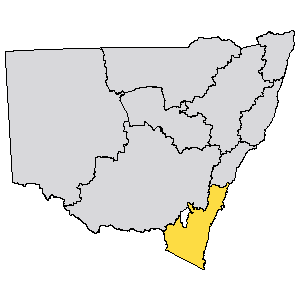